Menu
Learning Target: Summarize what 3D modeling is and identify and explain 4 popular methods for creating

What is 3D modeling??

In three dimensional computer graphics, 3D modeling is the procedure of developing a 3D model using specialized software. It is a process of creating a wireframe model that represents a three dimensional object. That object can be alive or inanimate. A three dimensional model is created using a set of points in 3D space, which are connected by various geometric data such as lines, and curved surfaces. 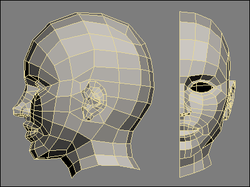 Primitive modeling. This is the simplest way of modeling three dimensional objects. Using geometric primitives such as cylinders, cones, cubes and spheres, complex models are created. This approach ensures easy construction as the forms are mathematically defined and precise. Primitive modeling is mainly used in developing 3D models of technical applications. 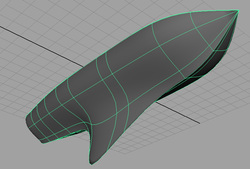 Splines and patches modeling.
These methods are similar to the NURBS modeling procedure. They depend on curved lines to identify the visible surface.
3D modeling can be easily performed using dedicated software such as Maya, and 3DS Max. There are also some scene description languages like POV-Ray which are used for modeling. While most three dimensional software suites are priced very high, open source programs are available for free. Most programs follow polygonal and NURBS modeling methods to create models. For modeling complicated materials like rain, clouds and blowing sands, the programs employ a particle system to make the modeling process easier.